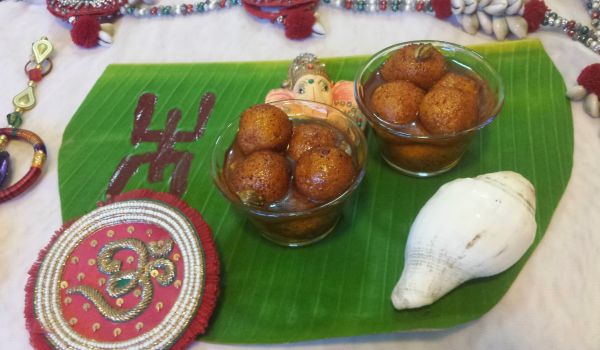 Photo Credit: http://spiceupwithsoma.blogspot.in/2015/04/ranga-aloo-r-pantua-sweet-potato.html
Might seem like the traditional 'Gulab Jamuns' but it's not. However, the Pantuva too pleases those who have a sweet palate. During the Durga Puja celebrations, this dessert is served during social gatherings.

Ingredients:
How to make Pantuva: