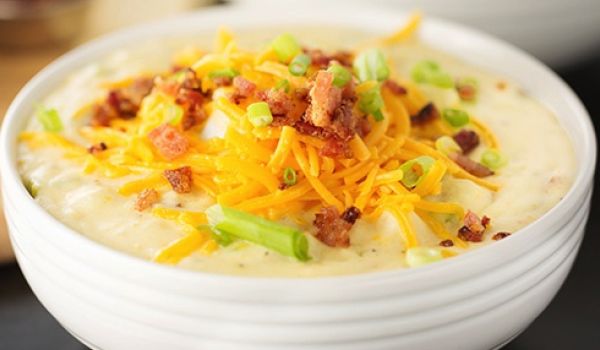 Photo Credit: http://www.centercutcook.com/wp-content/uploads/2013/09/loaded-baked-potato-soup-4.jpg
A world apart from the simple-transparent-flavored-broth of most soups, the delectable combination of the potato and cheddar cheese, bettered by the inclusion of bacon, assures a delicious start to any meal.

Ingredients:
How to make Potato and Cheddar Cheese Soup: