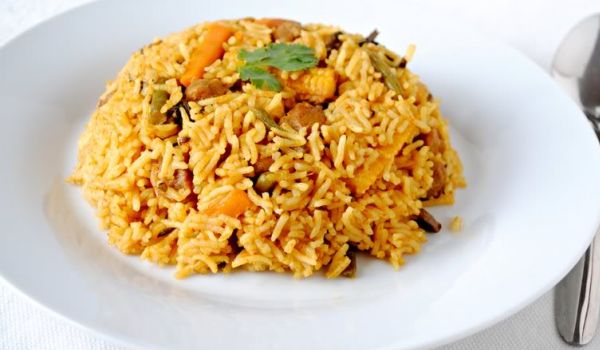 Photo Credit: http://www.feminiya.com/biryani-with-soya-chunks/
Soyabean is undoubtedly one of the best vegetarian equivalents to chicken, since both are rich in protein and the legume's striking resemblance to the non-vegetarian delicacy. This mouth-watering dish is not just a treat to the taste buds but is also recommended by many dieticians for its high nutritional value.

Ingredients:
How to make Soyabean Biryani: