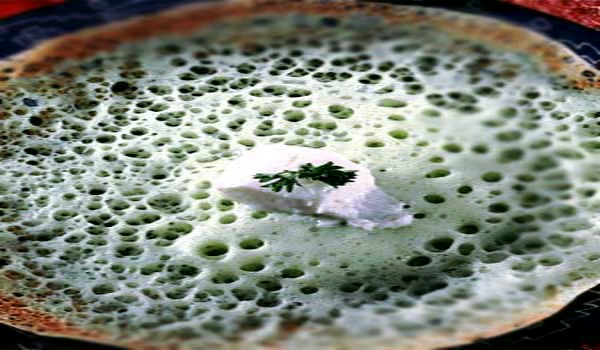 Photo Credit: http://www.funandfoodcafe.com/appam-recipe-kerala-style/
Spniach appam is a typical South Indian dish that is generally relished during breakfast. With lots of spinach mixed in the batter this is the healthiest option for every health conscious person.

Ingredients:
How to make Spinach Appam: