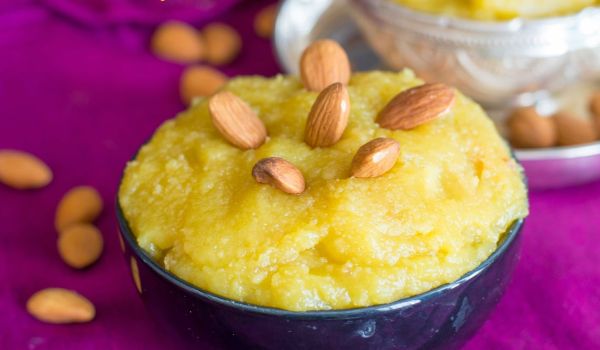 Photo Credit: http://www.subbuskitchen.com/2014/12/badam-halwa-recipe-almond-halwa-recipe.html
Almond is a store house of healthy elements and when it comes to taste, this kernel establishes itself as one of the most liked nuts. Badam halwa has almond as its key ingredient, and the addition of ghee and saffron is enough to tickle the nose. This makes for a great dessert during festive seasons especially Diwali, Mahashivaratri and Durga Puja.

Ingredients:
How to make Badam Halwa: