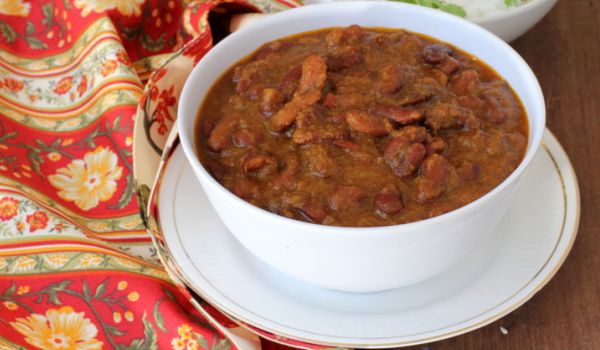 Photo Credit: http://www.sailusfood.com/2013/06/06/rajma-masala-recipe/
What better way to enjoy red kidney beans than a delectable preparation of North-Indian style Rajma? It's spicy, tangy and absolutely smashing. Serve with hot rotis or rice and you'll want to prepare this every other day.

Ingredients:
How to make Rajma: