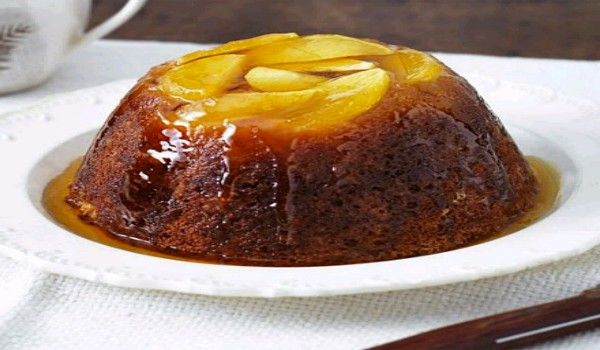 Photo Credit: http://www.bbcgoodfood.com/recipes/2875671/treacle-apple-pudding
Apple Pudding is a delicious and easy to make dessert for any occasion. Learn how to make/prepare Apple Pudding by following this easy recipe.

Ingredients:
How to make Apple Pudding: